Menu
You are here: NEWS

Recycling is a process which actually considers the used product and converts it into a new re-usable product. Automotive oils recycling is a technique which involves recycling of used motor oil, or hydraulic oil, and converts it into new products. Dumping or disposing the used oils in a wrong way is hazardous to the environment, hence it is highly beneficial to actually recycle and convert it into a reusable product. Motor oil is insoluble and can contain toxic chemicals and heavy metals. It degrades very slowly and can cause serious water pollution. Thus, it is essential to recycle this used automotive oil. Oil is an essential component for the smooth functioning of cars, motorbike, trucks, lawnmowers and other machinery. However, the oil being used in the daily or normal usage of these machineries and vehicles is contaminated with impurities such as dirt, metal scrapings, water, or chemicals. These impurities alter the inherent properties of the oil, which actually makes the oil useless. Eventually, this oil is replaced with new, re-refined oil to achieve the desired efficiency of the machine.

Used motor oils or hydraulic oils can be re-refined into lubricants, processed into fuel oils, and used as raw materials for the refining and petrochemical industries. Moreover, used oil filters contain reusable scrap metal, this scrap metal can be used by steel producers as scrap feed. In fact, recycled oil can be used as an industrial burner fuel, hydraulic oil, incorporated into other products or re-refined back into a new lubricating oil. The recycling process of this hazardous substance itself is a driver for the automotive oil recycling market. Regular usage does not wear out motor oil, instead it just gets dirty. Thus, upon recycling, it saves a valuable resource. Producing a gallon of re-refined base from used oil requires less energy than producing base stock from crude oil. This acts as another driver for the automotive oil recycling market. However, the restraint to this market is actually building up the entire system of collection, recycling, and distribution of the used oil. The recycling process of used or waste oil is likely to produce new waste, which can contain toxic materials in high proportion and also generate significant quantity of wastewater. Automotive oil recycling is a high-tech process, which may require high expertise and can consume considerable electricity, water, and chemicals.

The automotive oil recycling market in Asia Pacific is estimated to expand at a higher growth rate due to the increasing population in the region, which is anticipated to require a large amount of vehicles for transportation purposes. Furthermore, the industrial sector in developing countries such as India, China, and Malaysia is expanding. Both these factors are projected to produce large amounts of used oil or waste oil to be recycled. Other regions such as North America and Europe are also estimated to be prominent markets for automotive oil recycling due to their stringent environment regulation policies. These regions have well-developed countries with strict rules and regulations for protecting the environment from pollution. Moreover, few countries have a well-established cycle of collection, recycling, and distribution of used motor oil.

How Important It Is To Recycle Used Oil

Oil causes our cars, lawnmowers, and many other machines working smoothly. However, while this process is going on, impurities such as dirt, metal scrapings, water, or chemicals, can get mixed in, so after a while, the oil no longer performs well. Eventually, this used oil must be replaced with new one in order to do the job as perfectly as it used to.

Used oils can be produced by engine lubrication oil, hydraulic fluids, and gear oils used in cars, bikes, or lawnmowers and it can pollute the environment if it is not recycled or disposed properly. Used oil must be managed properly by local waste management authorities or automotive repair shops to prevent contaminating the environment; otherwise we would face consequences as following:

Recycling and re-refining used motor oil is preferable to disposal and can provide great environmental benefits. Recycled used motor oil can be re-refined into new oil, processed into fuel oils, and used as raw materials for the petroleum industry.

Recycling used oil keeps it from polluting soil and water. Motor oil does not wear out—it just gets dirty—so recycling it saves a valuable resource. Less energy is required to produce a gallon of re-refined base stock than a base stock from crude oil.

Is Motor Oil a Renewable Resource?

Drivers think more about the gasoline or petrol they pay for at the pump than they do about the motor oil that has to be changed every few months. But energy companies and environmentalists are focusing on ways to reduce the waste generated by this ubiquitous petroleum product. They’re even researching how the right formulas might significantly boost fuel efficiency.

Tens of millions of barrels of lubricant cycle through vehicle engines around the world each year—U.S. drivers alone produce about 1.3 billion gallons of dirty used motor oil annually. Too much of it—the U.S. Environmental Protection Agency (EPA) estimates 200 million gallons (757,082 liters)—is dumped illegally each year. Some is “recycled,” but with dubious environmental benefit; it typically ends up burned as a rather dirty industrial fuel source.

But there is another option: motor oil as a renewable resource. It’s possible to re-refine used motor oil, restoring it to “good as new” quality. Then it can be resold over and over again at about the same price per quart as conventional motor oil.

In Europe, about 50 percent of motor oil is re-refined, thanks to regulations dating to 1975 that were revised in 2008, say analysts at Kline & Company, a market research firm based in Parsippany, New Jersey. In North America, only about 10 to 15 percent of motor oil is re-refined. But that story is slowly changing as U.S. companies have begun to see a new market in “green” lubricant.

What Happens to Old Motor Oil?

The U.S. EPA has tried to highlight the threat of illegal used motor oil pollution with its “You Dump It, You Drink It” campaign. The agency estimates that the used oil from just one typical oil change could ruin a million gallons of freshwater—a year’s supply for 50 people.

The EPA also suggests that American do-it-yourself oil changers alone could recycle enough oil for 50 million cars a year if every drop of their old oil was collected at service stations and quick lubes, landfills, recycling centers, or auto parts stores.

Service stations and quick lube centers already recycle the used oil they collect from paying customers, but “recycling” has different meanings. A 2005 U.S. Department of Energy (DOE) study estimated that about 80 percent of all oil collected for recycling was burned as an industrial fuel for mills, boilers, kilns, power plants, space heaters, and the asphalt industry. This process gives used motor oil a second life but also produces significant emissions of heavy metals like lead and zinc, according to studies published in the peer-reviewed journal of the American Chemical Society.

“There’s no reason that 200 million gallons being dumped on the ground should ever occur,” he said. “It’s bad consumer behavior and it’s bad business.”

As for burning recycled oil for fuel, Wesley added, “most of the product goes that route but once it’s burned it’s gone forever.

“The highest value is the collection of used oil for the re-refining process,” Wesley said. “That’s why we’re in the business. We want to do the right thing ecologically and there is an economic benefit to doing this as well.”

Not only are these oils certified to the same standards as “virgin” motor oils, their retail prices are comparable as well. 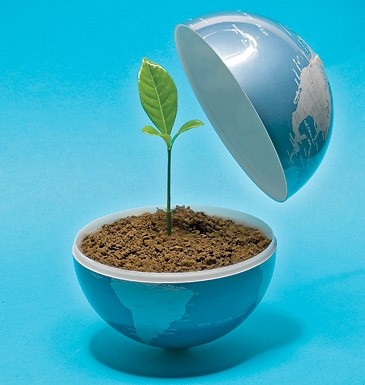